A look at the Bitcoin Dominance over the past few hours suggested that, surprisingly, Bitcoin has suffered more losses than the altcoins during these past few hours. The altcoin market posted losses as well, with Dogecoin unable to hold on to $0.06 and Cardano slipping beneath $1.09 again. VeChain dropped by 10% but its longer-term uptrend looked intact. 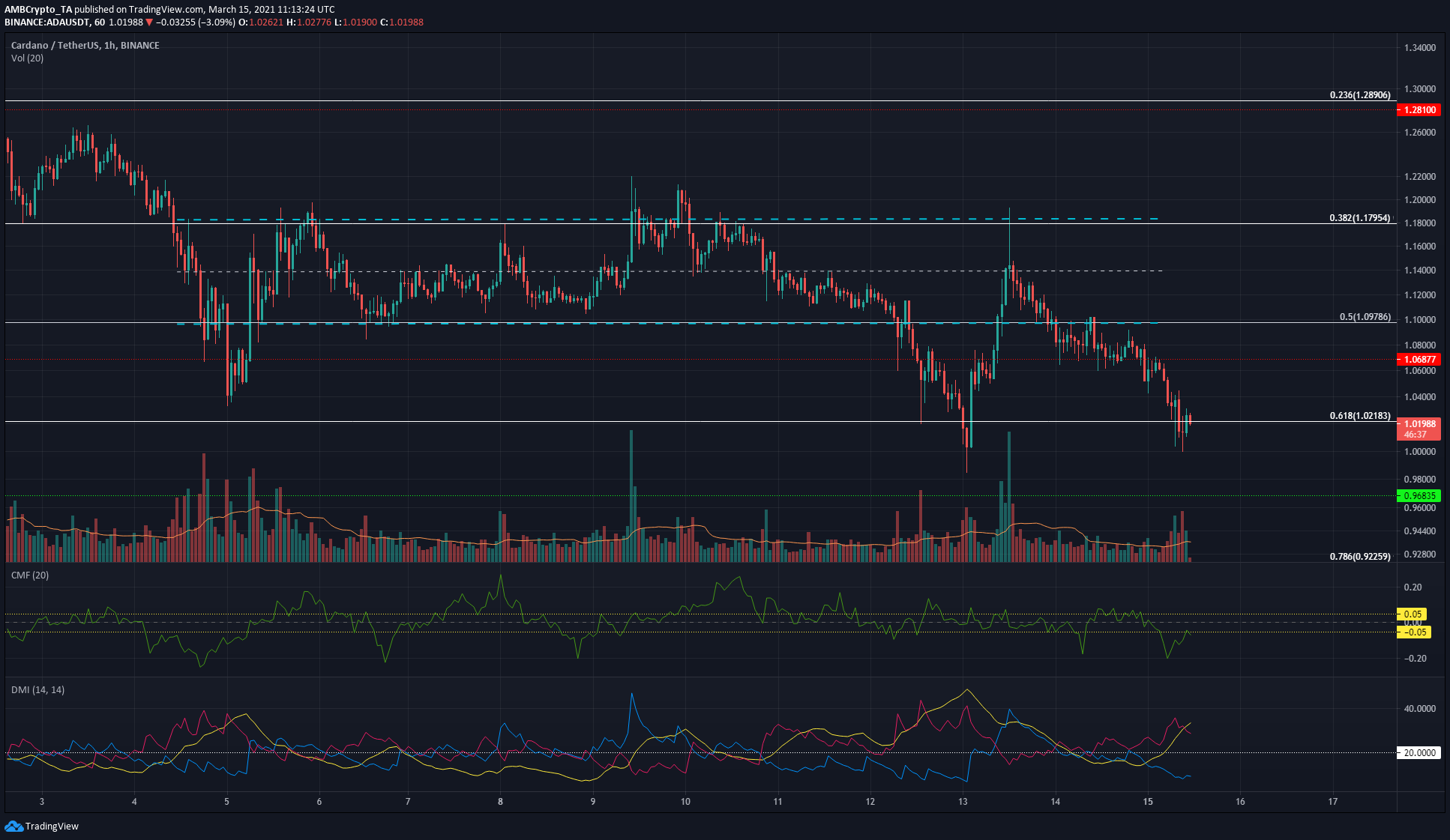 ADA bounced sharply off the $1 mark and touched the mid-point of the range (cyan) at $1.14, but was unable to climb past. The retest of $1.09 as support did not see a defense mounted by the bulls, and ADA saw the $1.09 tested as resistance before another move lower.

Technical indicators painted a strongly bearish picture as the DMI showed a strong downtrend in progress. The Chaikin Money Flow indicated capital was flowing out of the market, another sign of seller dominance of recent hours.

On the 4-hour chart, it can be seen that the bullish momentum of recent weeks has not been extinguished by the past few hours. However, the momentum has been slowing down as VET approached $0.07.

Even though RSI remained above neutral 50 to show bullish momentum, it formed lower highs as the price formed higher highs over the past week, suggesting a correction is due.

A pullback to $0.0654, or even lower to $0.06 is a possibility. The short-term outlook is bearish but an hourly session has not yet closed beneath the $0.068 level. Losing this level will likely see VET move toward $0.064 in the coming days.

DOGE formed what appeared to be a cup-and-handle pattern but the potential setup was invalidated by its plunge of nearly 8% in the past six hours alongside Bitcoin. A double-top at $0.063 showed weakness from the bulls.

Momentum was in bearish hands in the short-term as the MACD formed a bearish crossover. The Volume Profile Visible Range highlighted the $0.056 area and the $0.051 area as potential support for DOGE over the next few days.

If you still haven’t heard of Dogecoin, you probably live under a rock. After hype driven by Tesla CEO...

Editorial Note: Forbes Advisor may earn a commission on sales made from partner links on this page, but that...