On Thursday (May 19), the day that Bitcoin and other cryptoassets had one of their largest price corrections ever, Scott Minerd, Global Chief Investment Officer of Guggenheim Partners, compared crypto’s current popularity to “tulip mania” in the 17th century.

Guggenheim Investments is “the global asset management and investment advisory division of Guggenheim Partners and has more than $233 billion in total assets across fixed income, equity and alternative strategies.” It focuses on “the return and risk needs of insurance companies, corporate and public pension funds, sovereign wealth funds, endowments and foundations, wealth managers and high net worth investors.”

On 27 November 2020, according to a U.S. SEC post-effective amendment filing, it became known that one of Guggenheim Investments’ fixed income mutual funds (“Macro Opportunities”) was considering investing in Bitcoin. Per data by the Financial Times, this fund was launched on 30 November 2011, and its total net assets was $4.97 billion (as of 31 October 2020).

The SEC filing made on 27 November 2020 is known as an “SEC POS AM” (aka “post-effective amendment”) filing. This type of filing “allows a company registered with the SEC to update or amend its prospectus.”

This filing stated that the fund is considering getting some cryptocurrency exposure:

“Cryptocurrencies (also referred to as ‘virtual currencies’ and ‘digital currencies’) are digital assets designed to act as a medium of exchange. The Guggenheim Macro Opportunities Fund may seek investment exposure to bitcoin indirectly through investing up to 10% of its net asset value in Grayscale Bitcoin Trust (“GBTC”), a privately offered investment vehicle that invests in bitcoin.”

Then, on 16 December 2020, after the Bitcoin price had finally broken through the $20,000 level on all crypto exchanges to set a new all-time high, Minerd, the Guggenheim CIO, talked about Bitcoin during an interview on Bloomberg TV.

The interview started by the Guggenheim CIO being asked by Scartlet Fu, Bloomberg TV’s Senior Editor of the Markets Desk, about the Guggenheim Macro Opportunities Fund and the decision by its managers to invest “up to 10% of its net asset value in Grayscale Bitcoin Trust.” In particular, he was asked if Guggenheim had started buying Bitcoin yet and how much this decision was “tied to the Fed’s extraordinary policy.”

“To answer the second question, Scarlett, clearly Bitcoin and our interest in Bitcoin is tied to Fed policy and the rampant money printing that’s going on. In terms of our mutual fund, you know, we are not yet effective with the SEC. So, you know, we’re still waiting.

“Of course, we made the decision to start allocating toward Bitcoin when Bitcoin was at $10,000. It’s a little more challenging with the current price closer to $20,000. Amazing, you know, over a very short period of time, how big run-up we’ve had, but having said that, our fundamental work shows that Bitcoin should be worth about $400,000. So even if we had the ability to do so today, we’re going to monitor the market and see how trading goes, what evaluation that ultimately we have to buy it.”


Then, on January 11, shortly after the Bitcoin price had corrected to as low as $32,475 on Coinbase, Minerd cautioned traders that Bitcoin might have gone up too much too fast and that perhaps it was time to take some profits.

Chatterly wanted to know what would happen to the crypto space if there was a pullback in the price of Bitcoin.

“When I made the $400,000 statement, I’m looking at it over a period of time 10 to 20 year. Of course, the market took off. I first started looking at buying Bitcoin at $10,000. Today, I don’t know where we are anymore. It’s become so rich so fast, maybe around $50,000, but it clearly has gotten caught up in the speculative bubble that GameStop got into and a number of these other stocks.

“I think when we get a risk-off moment, we could be seeing Bitcoin pullback to somewhere between $20,000 and $30,000, but I think for long-term investors that’ll be a great entry point.”

As you already know, yesterday’s market crash resulted in double-digit percentage losses (vs. USD) for Bitcoin, Ethereum, and most other cryptoassets. BTC and ETH were trading as low as $30,066 and $1,850 respectively on crypto exchange Bitstamp around 13:10 UTC, which is when the market reached a bottom. This explains why the Crypto Fear & Greed Index is currently (as of 11:00 UTC on May 20) at 11 (which means “extreme fear”), which is the lowest level it has been since “Black Thursday” (12 March 2020). 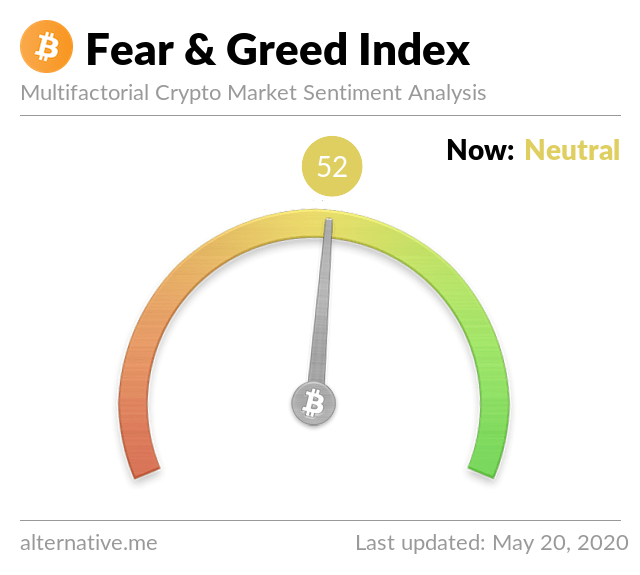 Anyway, yesterday, Guggenheim Global CIO took to Twitter to compare crypto’s current popularity to the first asset bubble in history, 17th century’s tulip mania, “a period during the Dutch Golden Age when contract prices for some bulbs of the recently introduced and fashionable tulip reached extraordinarily high levels, and then dramatically collapsed in February 1637.”

Although, rather unsurprisingly, what Minerd said in this tweet upset the crypto community, it is unlikely that he was referring to Bitcoin because in all his previous tweets and in interviews, he talked about Bitcoin and not cryptocurrencies in general, whereas here, seemingly for the first time, he mentions “crypto” but not “Bitcoin.” Another clue is that he is talking about crypto currencies multiplying, i.e. the number of cryptocurrencies increasing as demand for them goes up. And finally, he seems to be commenting on the crash of the whole crypto market (prices dropped in most cases by 30-50% yesterday) rather than focusing on Bitcoin’s price correction.

The most plausible explanation for yesterday’s tweet is not that he suddenly has changed his mind about Bitcoin’s investment, bur rather that he is gloating about the fact that the Bitcoin prediction he made during his interview with CNN on April 7 — “I think when we get a risk-off moment, we could be seeing Bitcoin pullback to somewhere between $20,000 and $30,000, but I think for long-term investors that’ll be a great entry point” — came true in less than two months, even though when he made this prediction, most people in the crypto community were shocked by his bearishness given that he had said on several occasions that he could Bitcoin’s price reaching as $600,000 in the long term.

The views and opinions expressed by the author, or any people mentioned in this article, are for informational purposes only, and they do not constitute financial, investment, or other advice. Investing in or trading cryptoassets comes with a risk of financial loss.

Why Most Crypto Traders Are Banking On These Three Altcoins ⋆ ZyCrypto

While bitcoin is still relatively new to mainstream investors, the next generation has already pronounced it the "dinosaur of...

Why Most Crypto Traders Are Banking On These Three Altcoins ⋆ ZyCrypto

Advertisement     It has been a galore of new developments for the cryptocurrency ecosystem this month....

While bitcoin is still relatively new to mainstream investors, the next generation has already pronounced it the "dinosaur of...

Bitcoin price failed to keep gains and extended its decline below the USD 40,000 support. BTC broke the USD...

Bitcoin price nosedived in the past few sessions and it declined below the USD 35,000 support. BTC even tested...

‘Yesterday was a crazy day!’ says Coinbase official, in apology for ‘unreliability of our site/apps’ during crypto chaos